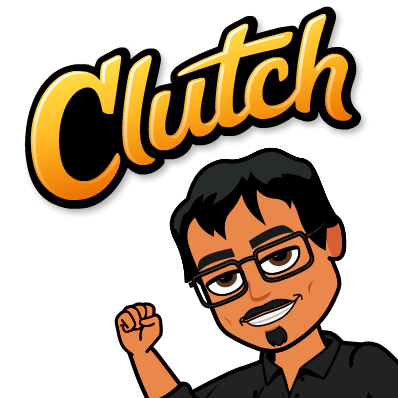 So apparently Bitmoji like to assume that I am really into the band Clutch. Don’t get me wrong, Clutch are amazing and well worthy of the praise (especially when I saw them support Raging Speedhorn at Colchester Arts Centre), but yeah, bit of an odd one.

So now I get to open up on a a rather controversial topic, diversity online. As an achingly British Latino, I may have a bit of baggage in this area. So there’s your warning.
Diversity online is hard. All too often attempts to be inclusive are shouted down from both sides. One side screams, “why should we be changing how we do things for the sake of these people?” and the other yells, “the changes you made aren’t diverse enough. Try harder.”
It is not an easy line to walk, but walk it we must.
More problematic is the concept of “normal”. People assume I am just British and have a tan until something breaks that comfortable illusion. The media and internet work on the assumption that the default set of characteristics are white and male. So while it may seem disingenuous to force these “racial rainbows” into corporate branding etc. or to shoehorn token diverse characters into things, it is still better than the alternative: no representation at all and the denial that diverse people matter.

Depiction of people of mixed race as anything other than an oddity or noting how “brave” their parents is all the rarer still… but that’s a topic for another day.
Try reading about passing if you’re feeling studious though.

The road is long. The path is steep. The internet (and by extension, people) is still kind of racist.