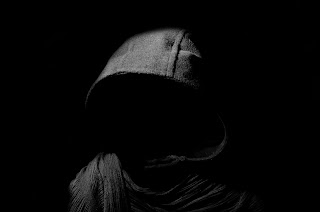 Thing number 9. Google Hangouts.
This is a thorny one. Before I begin with my thoughts on Google Hangouts, it is probably worth clarifying my digital history and how that very obviously is going to colour my view.
For instant messaging I have used MSN messenger, Internet Relay Chat, Google Hangouts, Skype, Whatsapp, MarcoPolo, Slack and Discord.
I have lurked on forums, dabbled in social posting on things like Livejournal, Deathjournal, Facebook, DeviantArt, Vampirefreaks, Instagram, LinkedIn and even tried to use the Nintendo MiiVerse to converse with people online.
I am a bit of a veteran compared to many and seen many saints and sinners of User Interface Design, sensible features and marketing.
So now I come to Google Hangouts.
It is immensely hard to review Google Hangouts because Google Hangouts is… okay.
Nothing about it is bad, but nothing about it really stands out either.
Skype markets itself on having all the bells and whistles and being top of the line for this stuff (at least on a consumer level). Google Hangouts is okay. It deals with text a little more elegantly than Skype.
Discord is the new upstart, sorted into servers, letting you chat to people real time and let them know what you are playing and if you are streaming. It’s IRC for cool people. It now has video. It’s on mobile! Google Hangouts does most of that. Google Hangouts is okay.
Whatsapp is just utterly ubiquitous now. It’s slick and easy to use and has end to end encryption as standard. Google Hangouts is okay….
I could go on. In short, Google Hangouts is very much the grey suited jack of all trades. Never the worst, but never really the best.
Worth keeping in mind is the second part of that saying:

Jack of all trades, master of none. Still better than a master of one.